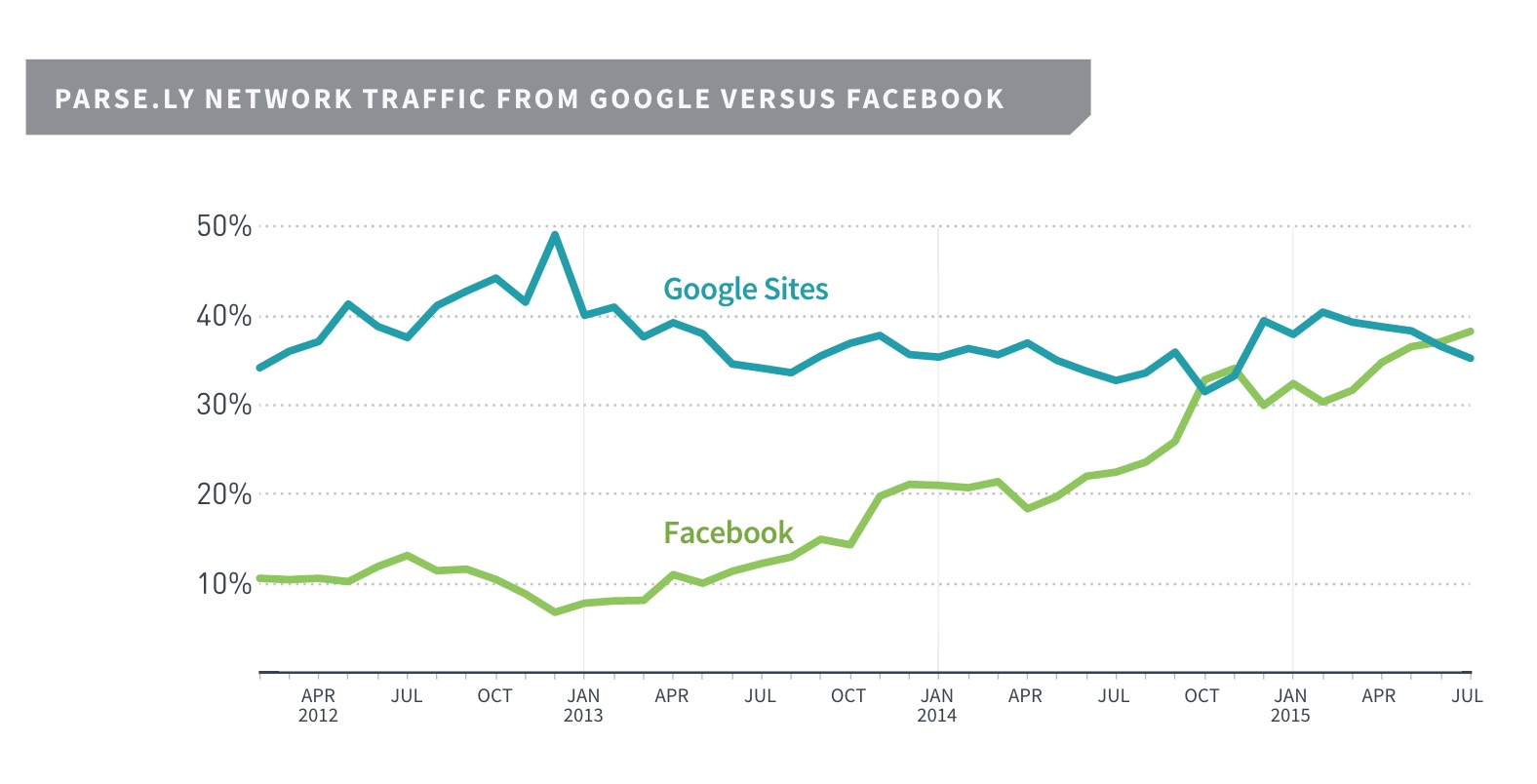 A definition of social media

In order to classify changes in the social media landscape it is sensible to define the term for the current state of its development. For the purpose of this essay this can be done without illustrating the historical evolution of aspects, features and characteristics. Since social media have changed drastically over the past years, many attempts of defining the term have been made. Due to the ever-changing landscape and the rapid technological development of social media, many of these definitions seem out of date or imprecise. For the purpose of this essay the definition by Carr and Hayes (2015) will be used, since it provides an accessible explication for the long-term future, considers recent changes in technology, interaction and organisation as well as anticipates future challenges in social media. They define social media as follows:

“Social media are internet-based channels that allow users to opportunistically interact and selectively self-present, either in real-time or asynchronously, with both broad and narrow audiences who derive value from user-generated content and the perception of interaction with others.”

One industry relying heavily on shared social media content is the media and newspaper publishing industry. Newspaper websites are largely monetised through advertising and rely on visits and page impressions on their actual web property (Ju, Jeong and Chyi, 2014). The sources for such website traffic can ruffly be divided among direct traffic (users accessing the website directly by entering the url in the browser) and referral traffic (users accessing the website through search engine results such as in Google or through a link on another web property or within social networks). Every user visiting a publisher’s usually free to use website generates page views while accessing different resources on the web property. With every page load advertising inventory will be displayed for the user to generate advertising revenue for the publisher. In conclusion publishers’ digital business models rely heavily on page views and ad impressions to monetise their inventory.

To emphasise the dramatic trajectory of this change, Facebook’s share grew rapidly from just 20% in January 2014 (Figure 2). For larger news and media sites, more than 50% are reported to get more traffic from Facebook than from Google (Ingram, 2015). This development could very well be considered a tipping point for the dominance of Facebook as the main source for news content on the internet.

With social referral traffic accounting for such a large portion of traffic for major news and media websites, it is clear that the monetisation of this traffic is crucial for the publishers’ business model. Unfortunately for publishers, recent research by Ju, Jeong and Chyi (2014) showed that users accessing news websites via social networking sites provide fewer page views and higher bounce rates than other website visitors. The authors examined 66 U.S. newspapers’ efforts to distribute their content via social networking sites such as Facebook and Twitter and the effectiveness of these services as news platforms. The social media presences of the newspapers were analysed and the impact to the newspaper’s website traffic and therefore their advertising revenues examined.

The results of the efforts to drive social referral traffic have proven to be largely underwhelming, despite the hype about the business potential for newspapers (Ju, Jeong and Chyi, 2014). The research clearly illustrates the limitations of creating new advertising revenue streams through social referral traffic for newspapers. With an increasing number of visitors being referred through social media, the average page impressions per visit are shrinking on publishers’ web properties. This development has direct impact on the publishers’ ability to monetise their web traffic and is consequently accelerating at the same pace as the amount of social media referral traffic is increasing.

Changes in the persistence of social media

An important element of social media has been the persistence of content, may it be used in real-time as in Twitter’s Periscope or asynchronously as in WhatsApp. For many years it has been a crucial aspect that any content within the social media landscape remains persistent (Dewing, 2012), meaning accessible and searchable via the web for ever, even if the users’ practice focuses more on the shared present (Hogan B and Quan- Haase A, 2010).

Although the persistent element is still existent in lots of social media channels, recent services like Snapchat introduced channels which delete content shortly after consuming it (Carr C T and Hayes R A, 2015). There are more and more new services focussing on the “present moment” and deleting content after its consumption, e.g. Beme, Tiiny, Vine or Wickr, to name a few.

In conclusion non-persistent content is already an established element of the social media landscape at this stage. The result of content not being accessible after the “present moment” has direct implications for publishers’ business models relying on monetising of shared and long-term accessible social media content.

As the longevity of social media news shortens dramatically by recent shifts in persistence within social networks, meaning content being accessible and shareable for shorter periods of time, the time to generate social referral traffic for news sites is getting shorter as well. The long tail effect (Andersen, 2004) for news articles in this category may be diminished completely if the content is no longer persistent within the social media landscape. With social referral traffic only being generated on a short term basis, a large portion of monetisation potential is lost for older news articles. This increases the pressure on publishers to refinance their articles on a short term dramatically.

Although this makes sense from a user’s perspective, it increases the publishers’ dependency on Facebook drastically. With Instant Articles the amount of off-website content and with it the difficulty to monetise this content is increasing. Publishers may sell their own advertisement for Instant Articles but in the end Facebook is in charge of the platform (McAlone, 2016), a drastic difference from the publishers’ own web properties. As well as it may be a chance for smaller publishers with no large sales force in place to use Facebook’s ad sales in Instant Articles, it may just as well be a huge problem for larger media and news publishers.

With these developments in mind, many publishers would have to change their social media strategy drastically if they decide to change their business model from free websites with advertising revenues towards closed websites with paywalls. Since news content tends to be free within the social media landscape and certainly will remain free within Facebook Instant Articles for the time being, it is doubtful that publishers can drive many users into their paywalls through social referral traffic.

Especially with content being integrated in platforms like Facebook in better ways, the lock-in effect for most users is increasing. This development makes it more and more unlikely that users are willing to tolerate a disruption in an otherwise seamless social media experience just to consume content elsewhere, not even considering paying for it.

Summarised it can be stated that social referral traffic in general is worse for media and news publishing websites than other kinds of traffic and leads to fewer page views and higher bounce rates. This leads to a direct threat to advertising revenues for most publishers as the percentage of social referral traffic increases. As a result the current business model of many media and news outlets is in jeopardy.

With recent changes in the percentage of social referral traffic as well as in the persistence of social media content, the pressure on publishing companies to find alternative ways to monetise their inventory increases rapidly. If content is no longer available within social media after it has been consumed in the “present moment”, the potential to drive traffic with this content is very limited and short-term.

Additionally with Facebook latest publishing feature, Instant Articles, many users are kept out of the publishers’ web properties. Therefor it seems unlikely that the quality of social referral traffic, meaning its page views per visit ratio, is increasing for publishers’ any time soon.

Taking into consideration the rapid growth of the percentage of social referral traffic over the past year, it is clear that the pressure is increasing for many media and news publisher with no deceleration of this trend in sight.

Lastly, publishers’ actual or conceivable efforts to erect paywalls for compensation of underperforming advertising revenues on their websites might be compromised by new publishing features such as Facebook’s Instant Articles, which largely contribute to keeping users within the social network and off third party web properties.

Since the illustrated parameters have a tremendous effect on the bottom line for news websites and tend to change very quickly, it is more important than ever for publishing companies to act swiftly if they want to avoid impairing their market position any further.

Unfortunately, all attempts as of today do not seem to provide evidence for any extensive success. Therefor a prosperous step into the future requires rapid and substantial business model innovation.

Due to recent changes in social referral traffic to news websites and in the persistence of social media, current business models of digital news publishers are in jeopardy.

DISCLAIMER: This essay has been written for the seminar “Online and Mobile Media” during an international research exchange at the University of New South Wales (UNSW) in Sydney, Australia, within the “Next Media” master program at the University of Applied Sciences Hamburg (HAW Hamburg) in 2016. For more information or any questions please contact me at mail@moritzrecke.com.

Hogan B and Quan-Haase A, 2010, Persistence and Change in Social Media, Bulletin of Science, Technology & Society 30(5) 309—315. Available from: SAGE Publications

Groden C, 2015, Facebook to Open Instant Articles to All Publishers in April, FORTUNE. Available from: FORTUNE

Ingram M, 2015, Facebook has taken over from Google as a traffic source for news, FORTUNE. Available from: FORTUNE 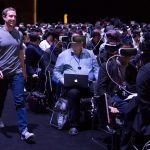 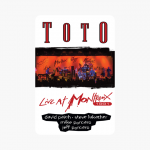