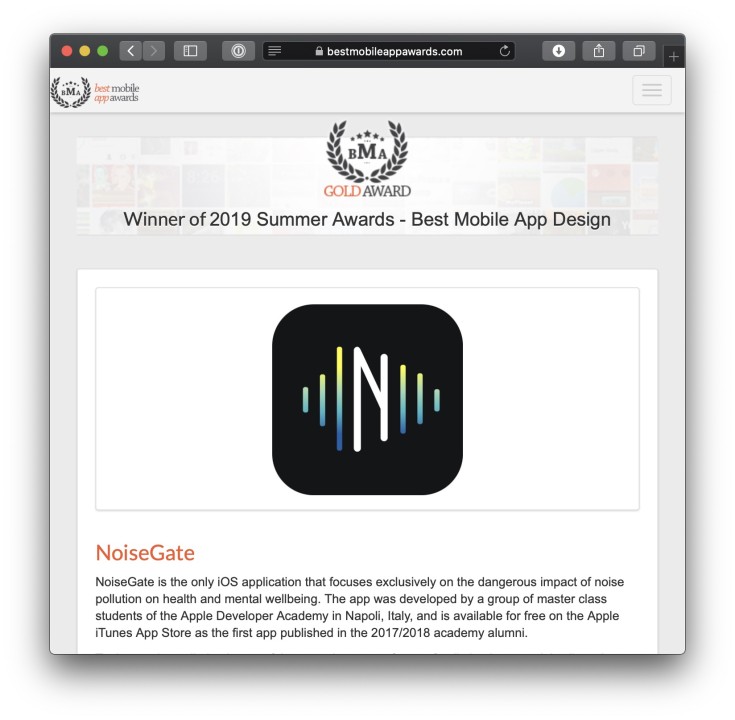 The NoiseGate iOS app received a Gold Award for the Best Mobile App Design and is listed as a Winner of 2019 Summer Awards on bestmobileappawards.com. Among the competition were apps from serious players in the industry, such as AXA Banque, BuddyPhi, AgreeYa and Airbus IFLY380, all of which are heavily funded projects or enterprises compared to the NoiseGate project. After having received a Silver Nominee Award in Summer 2018, the NoiseGate team is thrilled about this latest consideration for its simplistic and intuitive app design.  […]