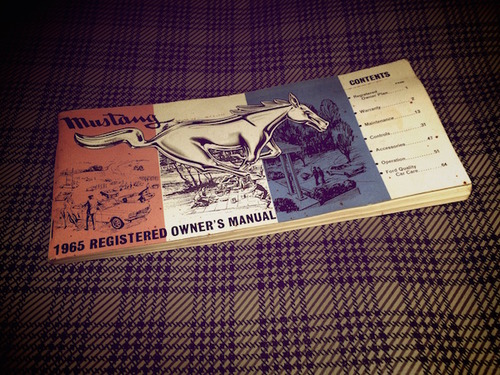 I really like vintage Ford Mustang muscle cars from 1965-69. Here are some insignia shots of the 1965 Mustang Convertible I wrote about earlier as well as a glance at the “1965 Registered Owner’s Manual”. Don’t they look just awesome? I especially like the manual. It is far more fun than any contemporary car manual I have ever seen.

Ford Mustang’s have been built ever since 1964 and created the term “pony car” as a class of American automobiles with long hoods and short rears. Although there are many other awesome American muscle cars, no other car matched the unique looks of the Ford Mustangs built before 1969 for my taste. 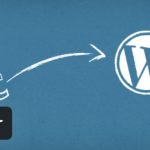 Prev Tumblr importer for WordPress - Why it sucks.
Next Startup funding and signs of a new dot-com bubble