Tumblr importer for WordPress – Why it sucks.

A week ago I decided to move my Tumblr blog to WordPress using the Tumblr importer plugin. I moved the blog for various reasons, more possibilities for customisation being among them. Ever since 2010 I only used Tumblr because of its easy of use. In 2012 I started using moritzrecke.com as a custom domain with my Tumblr blog. Since I didn’t want to loose old content or the corresponding URLs on my domain, I wanted to migrate all posts.

WordPress offers an importer plugin, allowing anyone to make a swift move from Tumblr. All you need to do is register a Tumblr app to get an OAuth Key for API access. To gain access to the Tumblr blog you also need to disable the custom domain on Tumblr for the time of the import, since the plugin can only access blog-name.tumblr.com configurations. Also you can import data from as many of your Tumblr blogs as you want. There is decent setup wizard included, so nothing can go wrong. All Tumblr posts and drafts will be recognised and get imported with tags and article formats intact. Only static pages are not supported.

If you want to keep using the old URLs on the domain from previous Tumblr posts (…/post/post-id/post-title), you need to configure 301 redirects for them. I used the Redirection plugin for this with a single rule such as:

This requires the “Permalink Settings” of WordPress to be configured to “Post name” (…/sample-post/). Now all old article URLs are redirected to the corresponding new address. Surely you could choose another permalink structure and adapt the redirect accordingly if you want to. If you choose to delete some posts on yourWordPress blog that existed on Tumblr before, you need to create additional redirects because of this general rule. Otherwise it will result in 404 responses. If you keep all Tumblr posts on your WordPress blog you are done.

It was a pretty easy process, taking just a few minutes of initial configuration and some patience during the import process. With me and my 444 posts it took around 15 minutes. Afterwards you can switch the DNS setting for your domain to the WordPress blog, adjust the general WordPress settings and you are done. The old Tumblr blog will stay available at blog-name.tumblr.com and is ready for further use or deletion, whatever suits you.

Issues after the import

When looking at the imported data in more detail, some problems surfaced. For one the plugin only imported image files that were contained in the photo article formats on Tumblr. I read about problems with files getting imported at small sizes. That was not the case, they were transferred in full resolution. The filenames were exactly the same as on Tumblr, which I suppose is ok but I would have preferred some kind of option to rename them to match the articles.

All other images in all other article formats weren’t imported at all. The images were embedded using the Tumblr URL instead. This means you have to import all other images manually, especially if you’d ever want to delete your old Tumblr posts at some point (I did). If you want to have image filenames that match the image’s content you also have to rename every image ever uploaded. Depending on the number of images, this might actually be a time consuming process no matter what tool you use.

Another issue is tags. I used tags quite heavily on Tumblr and would have appreciated some kind of selection process during the import to preselect the most important tags. Since I used to post photos from Instagram on Tumblr as well there were hundreds of tags I will never use again in the future. You could use the Tumblr mass post editor to delete any tags you  might not want to migrate (I unfortunately didn’t). Also if you plan to use categories on WordPress you need to either create new categories or convert some of your existing tags into categories using a plugin like Categories to Tags Converter (it works both ways despite the name).

There is even more. Any content I embedded in Tumblr posts didn’t make it to WordPress. This includes Youtube and vimeo videos, embedded Google Maps and other formats. For Youtube at least there is a note about the source so you know something is missing but the rest is just gone. So look forward to re-embedding all this content again.

I you optimised your Tumblr content for Google, get ready to do it again as well. Any metadata I had embedded in my Tumblr posts got lost. I am not that much into optimising articles, but I did some basic stuff like basic keywords using tags etc. Anyway, it’s gone.

Many more things could be said, but I will leave it at that. Now that I am through with most of the pain, I won’t roll back. I could, maybe even should have in the beginning, but now I won’t.

All in all, I appreciate the effort to provide an easy tool for the transition from Tumblr to WordPress but when you look at it in detail, the Tumblr importer is more work than fun. I would not use it again and search for another solution. If you plan to optimise every article anyway, I suppose you are better off reworking every post manually after all, unless you are tech-savvy. 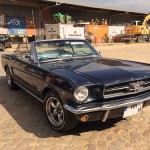 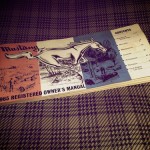