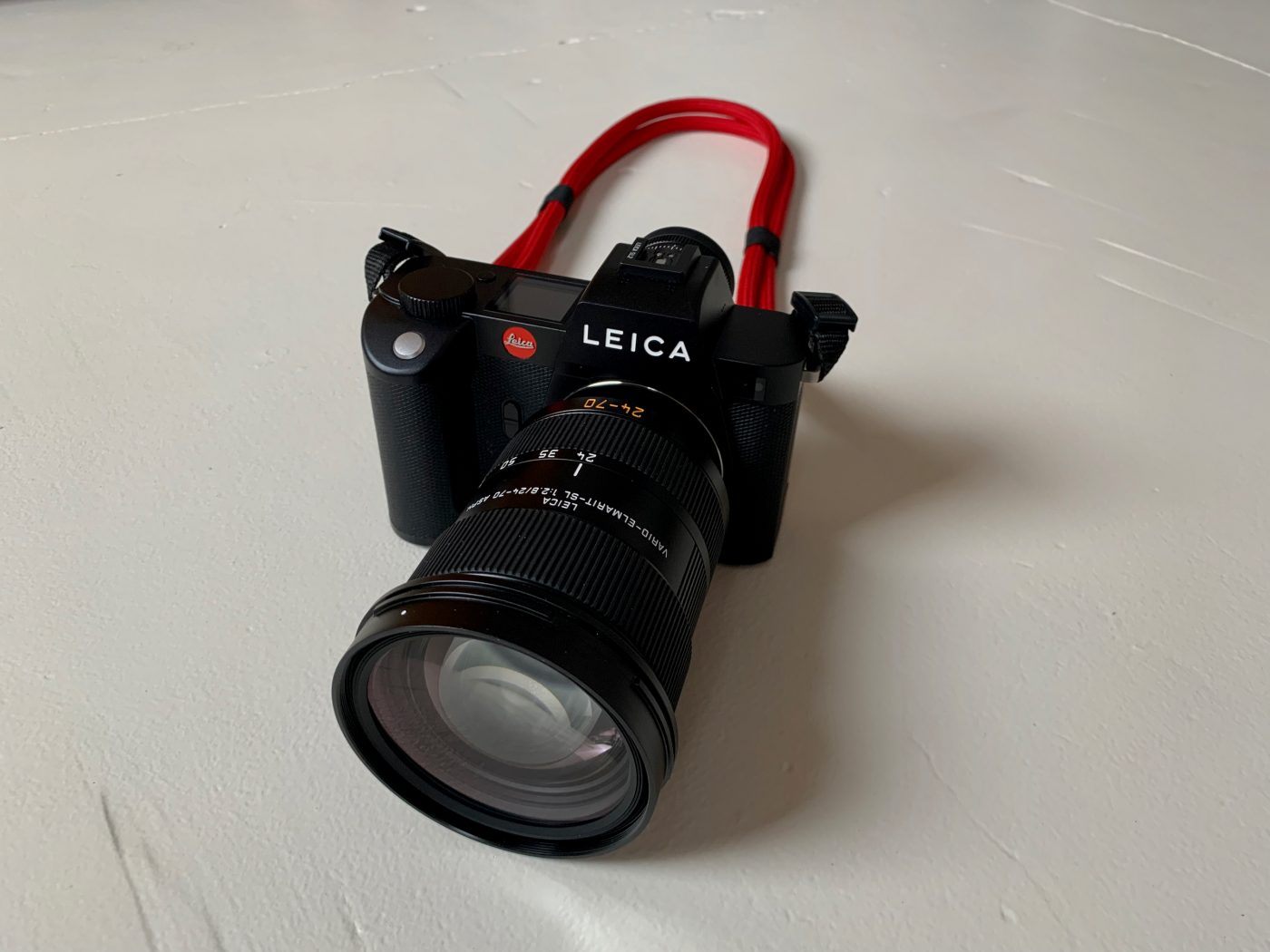 In late 2021, I was revisiting LEICA’s SL system and gave both the SL2 and the SL2S a spin, thanks to the LEICA Store Düsseldorf. Both cameras were offered with the new LEICA Vario Elmarit-SL 24-70 f/2.8 ASPH. lens as part of a bundle along with a LEICA M-Adapter L to mount M-lenses on the SL2 or SL2s.

Until finally deciding to go for the LEICA M10-P White Edition, I was a passionate LEICA SL Typ 601 user. Apart from my personal reservations in regard to size and weight, it was straight out the best camera I have ever used in my life. Even though I didn’t like EVFs as a matter of principal, the electronic view finder of the SL convinced me for the better. Even today, I still think it is an outstanding camera with excellent performance. I used it various lenses and also had a LEICA Vario-Elmarit-SL 24-90 f/2.8-4 ASPH., the best zoom lens I ever encountered.

When the SL2 came out in 2019, I tried it and even though I appreciate everything LEICA did to improve the system, it did not warrant an upgrade for me. The increased 47MP resolution with a 187MP multi shot mode was certainly nice, but the noise performance was not convincing. Also, they dropped the GPS module, which for me was a nice feature to have on the SL. So in the end, I kept using the SL until I decided to convert to the M-System entirely.

The SL2S joined the lineup in late 2020 and basically offered all the improvements of the SL2 in terms of design, build and performance with a 24MP sensor with outstanding low light performance. It also largely accentuated video features, which seemed to make this a very good option for videographers as well. Yet, since overall size and weight remained more or less unchanged, I did not try the SL2S until 2021.

I was intrigued by the new LEICA Vario Elmarit-SL 24-70 f/2.8 ASPH. lens announced in mid 2021, since apart from providing constant aperture over the entire zoom range, it was considerably smaller and lighter than the bulky and heavy 24-90 2.8-4 lens. With the Corona pandemic shifting my needs more towards video setups among other things, I thought maybe it was worth trying out the new possibilities. The SL2S received very good reviews, was fast and had most extensive video specs with the rumor that some of these features might also come to the SL2.

So it was time for a comparison in day to day usage.

The SL2 is an outstanding camera, it performs super well in anything but low light conditions and the high resolution sensor produces super nice and popping images, both with the new 24-70 2.8 kit lens, as well as with some of my M lenses. However, also in comparison the my SL, it seemed somewhat slow. The autofocus was lagging from time to time and due to the large file size when shooting raw DNG files, the buffer was also slow and filled up quickly.

Most strikingly and even in comparison to my SL as well as the M10P, the SL2 really did not produce any usable image in low light conditions. Anything above 3200 ISO was unusable for my taste and even though I did not remember this to be so drastic when I first tested in 2019, it reconfirmed my initial perception of the camera. Most shockingly, when trying the multi shot mode, the responsiveness of the camera gets even worse. Even though the 187MP images look amazing and make this a nice feature to have, the processing time after a multi shot render the camera unusable for quite some time, ranging from 20 to almost 40 seconds in my tests. This is obviously due to the enormous amount of data being processed, but doesn’t make the camera feel performative.

Anyway, if low light is not a primary concern, it is an excellent camera with superb colors, that look quite different from the colors of the SL2S as I found out. I could not find any specs on LEICA’s website about the sensor or color depths etc., but it is noticeable and a considerable difference if you don’t want to spend much time on post processing and like one look more than the other.

The SL2S body feels and handles exactly the same as the SL2. The experience however, is considerably different. For one, the SL2S has a much more stealthy look due to the blacked out LEICA on the viewfinder. The autofocus is super fast, much faster than on the SL2 and I did not miss any shot in my trials. The low light and high ISO performance is outstanding and even if there may be even better cameras from Sony or the like, this is a camera that can literally see in the dark. Even at the highest ISO settings, the camera can produce perfectly usable pictures.

The multi shot feature produces a 96MP image, which is a considerably lower resolution than the 187MP of the SL2. However, the multi short processing time is moderately fast and blocks the camera for a period of under 10 seconds. In day to day usage, the SL2S outperforms the SL2 easily in any aspect apart from resolution and color look.

The video specs of the camera a really nice and the ability to upload custom LUTs is certainly a nice thing to have for videographers. The only bummer is that recordings in 4K is using an ASP-C crop, defeating the purpose of the accentuation of video features, at least for me.

Both the SL2 and the SL2S are supported by the LEICA Fotos app. I had very mixed experiences with this in the past. While it was unusable on the LEICA CL, slow on the LEICA SL Typ 601 and acceptable on the LEICA M10-P, I was not able to make it work at all on the SL2. The connection dropped regularly and overall the connection was unreliable and slow at best. On the SL2S however, it worked out quite well and was also moderately performative. When using the app, the camera settings can be set remotely and the app can serve as remote live view. Also, it allows the GPS location from the iPhone to be written inside the EXIF data of the photos, which for me it certainly a nice feature.

All in all, if you don’t mind the color look and want the most from your LEICA camera, I think the SL2S is the best option around. Considering also the lower price point, it is certainly the camera of choice for me. Then again, if you really want to use it mainly for video, the APS-C crop may be a good enough reason to wait for the firmware update coming to the SL2, that is rumored to bring most video features of the SL2S also to the SL2 system.

The new LEICA Vario Elmarit-SL 24-70 f/2.8 ASPH.lens is a superb lens. Even though apparently built in partnership with Sigma, it lives up to the expectations of any LEICA lens. It is considerably smaller than the 24-90 lens and makes any SL2 or SL2S kit an almost compact package. Another nice thing is the metal hood for the lens. It certainly seems to be a robust hood in contrast to the plastic hood for the 24-90, which broke easily and multiple times during my time with the SL.

The constant aperture of 2.8 might also be nice for videographers in particular, since using zoom in video without changing aperture is certainly preferable. Using the 24-90 lens would force videographer to start with an aperture of 4, which is nice for day time out door shooting, but might get tricky with more demanding environments.

All in all, I would prefer the 24-70 over the 24-90 due to its compactness and lower weight. In terms of image quality, I perceive the 24-90 to be on an unreached level. As such it would remain to be the best zoom lens I ever used.

(Update) Firmware Update for the SL2

In September 2021, LEICA finally released the long awaited firmware update 3.0 for the SL2. As expected, most of the outstanding features of the SL2S made into the SL2. Even though I have not tested the camera again since, the new autofocus algorithms is said to be on bar with the SL2S. The camera now supports upload of custom LUTs, a wave form monitor, color bar and splits video recordings into 1 minute segments to avoid data loss. It basically now does what the SL2S does. Also, the 4K recording in the SL2 does not require a ASP-C crop, which might even make this the better camera for video now.

All things considered, the video capabilities no longer give the SL2S a competitive advantage over the SL2. It comes down to resolution and low light and high ISO performance. If high resolution is what you need, you cannot expect much from high ISO performance of the SL2. If you focus on video recording and want to record 4K without an ASP-C crop, the SL2 seems the only way to get that within the LEICA ecosystem. If you can live with 24MP (or 96MP in multi short mode) and the different color rendering, the SL2S remains the better option. It is a camera that can see in the dark and comes at a more competitive price point.

Looking towards the future

Based on this comparison, I was not able to make a conclusive decision for myself. Even though I was really impressed by the SL2S, I also like the higher resolution and especially the color rendering of the SL2. I was certain with the firmware update I would opt for the SL2, yet the unappealing low light performance is a show stopper for me. I might have to wait for the next iteration of the camera before going back to the SL-System. Meanwhile, I am still enjoying the all manual experience with my LEICA M10-P and can’t wait for January 13 2022, when the LEICA M11 might be revealed. 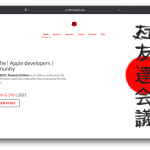