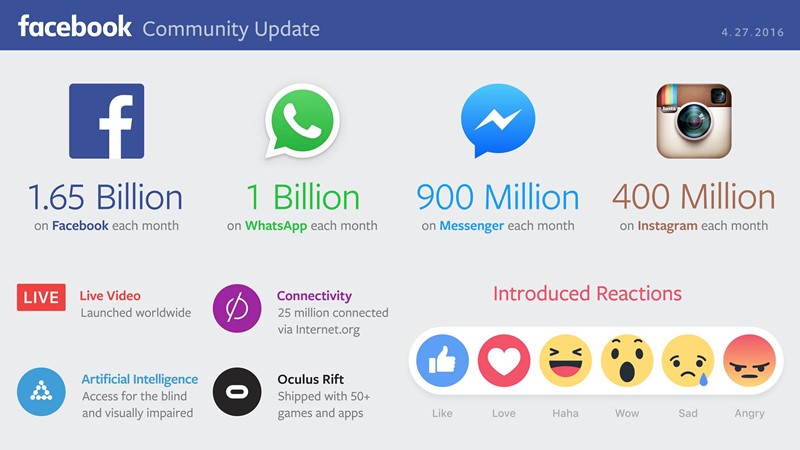 In its Q1 2016 earnings report, Facebook stated a user base of 1,65 billion monthly users with accelerating growth. This does not even include the 1 billion WhatsApp and 900 Million Facebook Messenger or the 400 Million Instagram users. Undoubtably it is the largest ecosystem of social communities to date. Not only does everyone use Facebook, everyone consumes media content and news through Facebook’s social media channels.

Ever since the emergence of web 2.0 and social networks the focus around content shifted towards communication about the content rather than anything else. Content needs to be social, meaning likeable, shareable and discussable. All these elements add large portions of user generated content to the mix. Since most of this is happening in the social network space, it further degrades the reach of classical digital media and news outlets. Since most people are “using” the content within a social context, most of the usage is happening within social networks. It is very doubtful that any news outlet (or any other social network such as twitter) will be able to keep up with the pace of development at Facebook.

This is probably why Facebook Instant Articles is such a success. It basically allows written content to be viewed in its entirety without even leaving Facebook. Not only does this add to the already immense lock-in effect of the Facebook platform, it feels more natural to users than to disrupt the Facebook experience and load a new website with tons of ads and.

Legacy media had to deal with an increasing variety of new outlets that aggregate and distribute content across all available platforms with blurry lines between them for quite some time now. Before, most of these services linked back to the publisher’s source for the content. With Facebook Articles these days are numbered. And since this feels very natural for the user, it can be expected to become the dominant way to consume news. So once again, publishers need to figure out how to monetise their work within this new format since their web traffic is unlikely to increase.

Only when considering video, there might be a way around Facebook for the time being. Youtube is still the largest video site and also the second largest search engine after Google. But Facebook is working on that as well. Just recently they launched Live Video, a service comparable to Twitter’s Periscope or Youtube’s live streaming service, and they continue to improve their overall video capabilities. And as we all know by now, Facebook is definitely pioneering the VR space with Oculus Rift, wherever it might lead for the media and news industry. 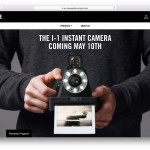 Prev The I-1 Analog Instant Camera by The Impossible Project
Next Is Data Journalism Worth The Effort? 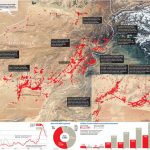