After winning the gold award for the best mobile app design during this summer, NoiseGate has now been featured for a spotlight interview. In addition to sharing the backstory of the app, how it was created with many surprises and rewards during the journey, the interview covers topics such as the technologies that were used, how NoiseGate was rebuilt from scratch over the last few months, how it is positioned in the market and what future features and implementations for other platforms could look like.

Please share with us the backstory of what motivated you to create this app.

The NoiseGate iOS app was developed by a group of master class students of the Apple Developer Academy in Napoli (Italy) and was the first app published by the 2017/2018 academy alumni.

To date, noise pollution is one of the most dangerous forms of pollution because it is silent. As a recent review published in the European Heart Journal pointed out, the role of noise as an environmental pollutant and its impact on health are increasingly recognized. Beyond its effects on the auditory system, noise causes discomfort, disturbs sleep and compromises cognitive performance. Furthermore, evidence from epidemiological studies show that environmental noise is associated with an increased incidence of arterial hypertension, myocardial infarction and stroke.

The victims of this form of pollution are practically anyone in any urban environment in the world.

The NoiseGate iOS app empowers you to be more aware of your noise exposure and to contribute to a better understanding of noise pollution as a common problem.

The full interview can be found on bestmobileappawards.com. More information about the NoiseGate iOS app itself can be found on the project’s website or in previous posts. 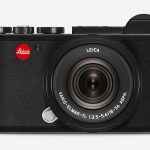 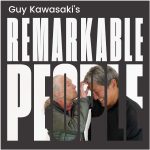