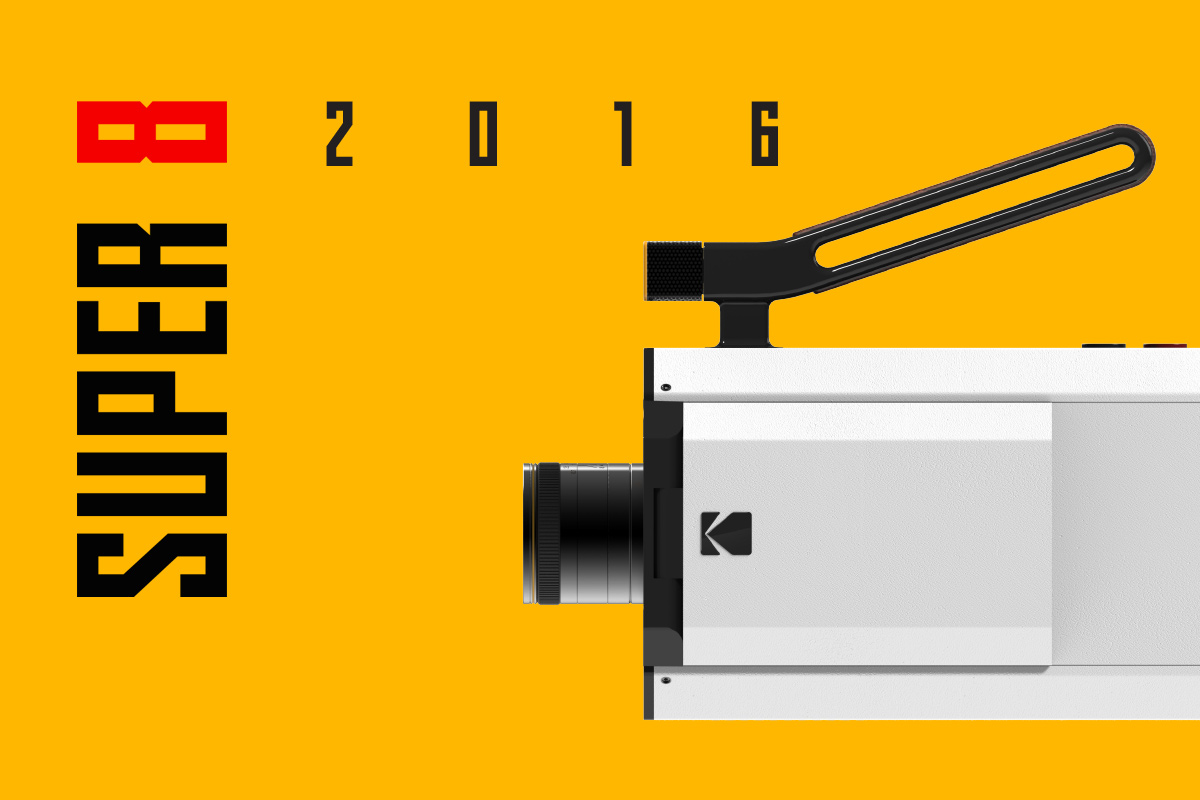 In January 2016 Kodak announced a new Super 8 8mm film camera at CES in Las Vegas. To say the least, this is a surprise and I am enthusiastic about it. They say there’s kind of an analog film renaissance and that’s why there is a market for it. As you may know, I spent quite some time over the past few years to revive a Leicina 8mm film camera.

“On the heels of celebrating 50 years of manufacturing Super 8 film, Kodak is launching an initiative aimed at putting Super 8 cameras into the hands of a new generation of filmmakers as well as meeting the needs of top directors, indie filmmakers and others who appreciate the art and craft of filmmaking.”

The company is citing prominent filmmakers and Hollywood professionals as supporters of theirs efforts, such as Steven Spielberg, Quentin Tarantino (who filmed his last movie “The Hateful Eight” in glorious 70mm), Christopher Nolan, J.J. Abrams, Robert Richardson, Patty Jenkins, Shannon McIntosh, Jem Cohen and many others.

Although there’s not much to show yet as the camera will be released in late 2016, some facts are quite interesting. It will be an all analog film camera with an electronic viewfinder and an additional mic input for digital audio recording. That’s quite an upgrade from recording audio on cassette tapes.

The product website shows off the specs, naming a fixed 6mm 1:1.2 Ricoh c-mount lens and an optional 8-38 mm lens. The camera presented at CES 2016 looks far more edgy than the animations on the website, but I am sure everything will work out. The Super 8 camera is expected to be priced between $ 400 – 800.

In addition Kodak will provide 8mm film cartridges and offer development and scanning as a service. Considering the effort and costs to develop and digitise 8mm film theses days, this is quite a promise and I can’t wait for more details on the program. Apparently the development and scanning service will also be available to anyone buying 8mm catridges from Kodak in the future.

For some brief summary of the specs and features, take a look at this video recorded at CES 2016.