In early 2021 I co-created a new website about app development with Swift together with Giovanni Monaco and Tiago Pereira. We named the project “Create with Swift” to spark creative expression through technology:

“We are a diverse community of coders and designers, passionately in love with Apple technologies, the Swift programming language and its ability to empower anyone to create and share their ingenuity through code.”

As Apple certified Trainers for Apple Development with Swift, we aim to facilitate discussion and sharing among the global developer community. Also, using the Create with Swift project, we will increasingly attend developer conferences to host workshops, sessions or panel discussions. Also, we plan to organize immersive workshops to help people with their first steps in app development.

To host the project, we chose the open source publishing platform Ghost. Aimed at independent publishers, the platform spawned on kickstarter in 2013 and now operates as a non-profit foundation. Their approach to transparency certainly is nice to see. Due to their incredibly convenient Ghost(Pro) hosting services, we decided to not host the site ourself but support their Sustainable Open Source approach with the project. Ghost is Climate Neutral Certified and is not using any tracking cookies of any kind.

Ghost is a fully headless CMS, providing content as a service with a selection of powerful SDKs and has a self-consuming RESTful JSON API at its core and is front-end agnostic. I would have liked to setup the project using a technology stack building Swift, either with Vapor and maybe the Feather CMS or with the static site generator provided by Publish. In the end, the Ghost feature set and convenience was too compelling to resist. 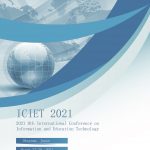