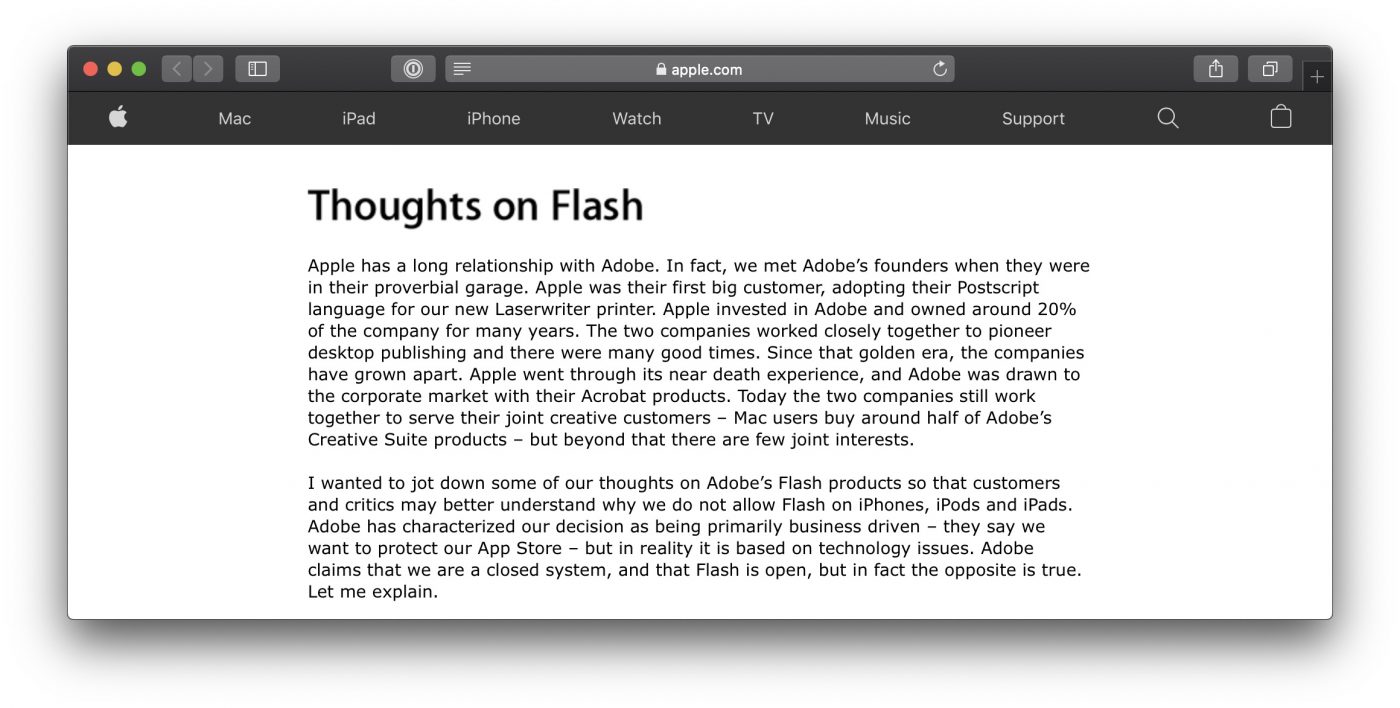 Last week Adobe announced to rename Flash Professional CC to Animate CC in 2016. In addition Adobe recommends to use modern technology standards such as HTML5 and WebGL. After many years of “Flash ain’t dead yet” this might finally be the beginning of its last chapter.

This might be a good time to take a look at Steve Jobs’ open letter “Thoughts in Flash” from 2010.

“Flash was created during the PC era – for PCs and mice. Flash is a successful business for Adobe, and we can understand why they want to push it beyond PCs. But the mobile era is about low power devices, touch interfaces and open web standards – all areas where Flash falls short.

New open standards created in the mobile era, such as HTML5, will win on mobile devices (and PCs too). Perhaps Adobe should focus more on creating great HTML5 tools for the future, and less on criticizing Apple for leaving the past behind.” 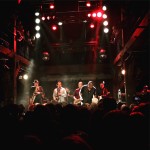